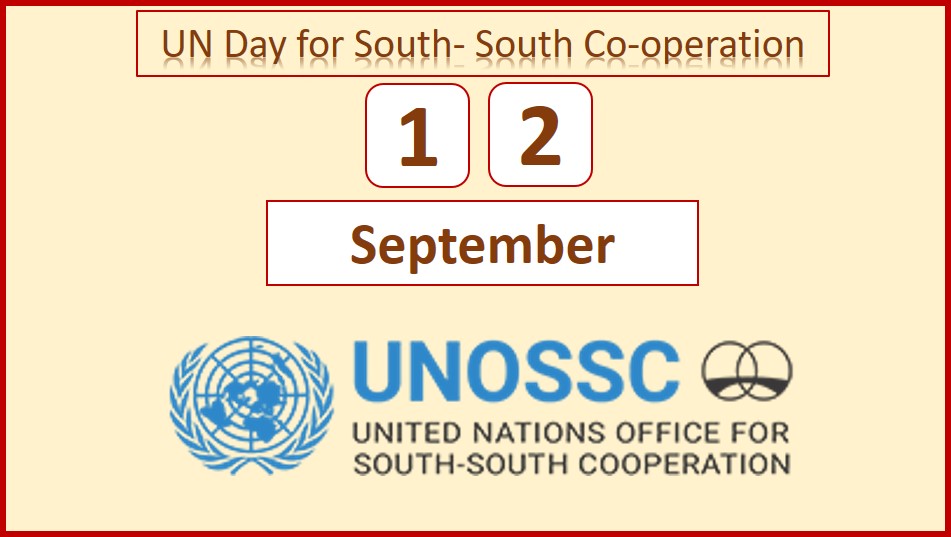 In decades gone by, there was a stereotype that developing countries largely in the Southern Hemisphere could only develop through help given by richer countries from the Northern Hemisphere - many of whom had invaded and governed southern countries in colonial days gone by.

While southern countries had become politically independent of their former Imperial governors throughout the second half of the 20th century, for many years there was an assumption that they had to rely on handouts or loans from the very countries that had occupied them.    There was also an attitude that the North knew best when it came to what developing countries needed in order to become richer or more stable.

This day was instituted to bust those myths and to enhance co-operation between developing countries so that expertise in a whole host of areas could be shared effectively.   South–South cooperation has been successful in decreasing dependence on the aid programs of developed countries and a shift in the international balance of power.

A PRAYER FOR TODAY

we pray for wisdom and an ever increasing sense of solidarity between nations.

Help leaders to be generous in sharing knowledge, expertise and resources

and where the vulnerable are not exploited or abandoned.

We ask for all to work towards that day

when everyone will have the dignity of being able

to support themselves sustainably.

We ask this in your Holy Name. AMEN