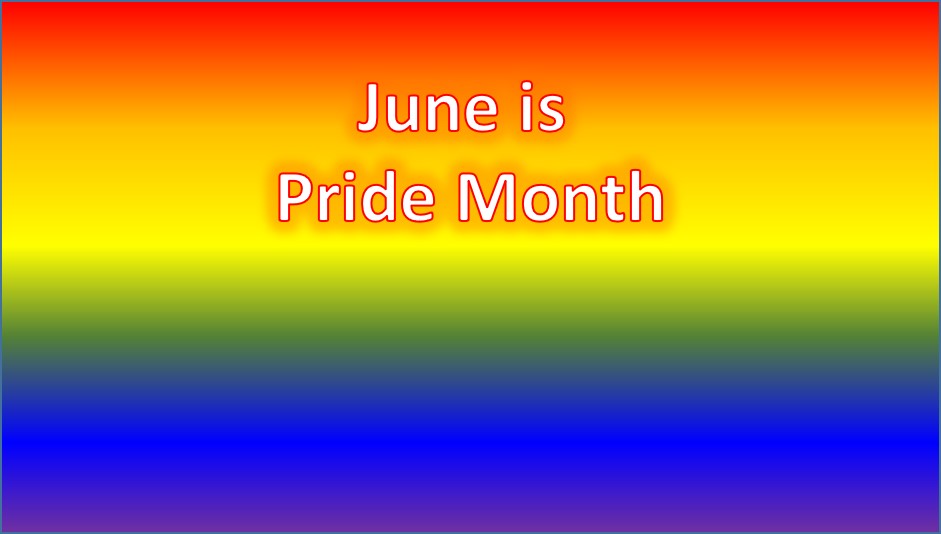 June is PRIDE MONTH - the time of year when many countries around the world, including the UK, celebrate and continue to push for LGBT+ rights.

We're probably all familiar with Pride marches, celebrations that can attract millions of people at a time, and the rainbow gay pride flag, but how, where, and when did Pride begin? What does it stand for today?

And while this is a month specially devoted to celebrating LGBT+ identity - it's an opportunity for all of us to reflect on the truly diverse nature of God's creation and our own identity as a human being made in the image of God.

HERE'S A SHORT PRAYER FOR THIS (and every) MONTH!

In most countries, June is the official Pride month, but some marches and celebrations are held in July and, occasionally, August.

Pride is not to be confused with LGBT+ history month, which is celebrated in February in the UK - to coincide with celebrations of the abolition of Section 28 in 2003.

Section 28 was a law that prohibited the "promotion of homosexuality" and hindered education about homosexuality in schools.   It was introduced by Margaret Thatcher and her Conservative government in 1988 and repealed by Tony Blair's Labour in 2003 (after an earlier, unsuccessful attempt to do so in 2000).

Why is it held in June?

Pride is held in June to mark the anniversary of the Stonewall riots, a series of protests that occurred in New York city after police attempted to raid the Stonewall Inn, a popular gay bar, in the early hours of June 28, 1969.   You can read about Marsha P. Johnson, one of the leading activists at that time, at Station 1 of the Peace Garden! (CLICK HERE FOR A SHORT VIDEO ABOUT MARSHA.)

The confrontation sparked a gay rights uprising that grew year on year - including in other American cities and abroad - with each passing anniversary.

The Stonewall Inn is now a designated US national monument, and New York city police issued an apology in June 2019 for its officers' actions back in 1969.

The movement also spawned the British charity Stonewall, which was founded in 1989 to lobby for equal rights for LGBT+ people.

Pride celebrations today often take the form of large, colourful marches through city centres.  Although it is a celebration of LGBT+ people, non-LGBT+ people who believe in equality (sometimes referred to as allies) are usually welcome.

Some of the world's largest Pride marches are held in New York city and San Francisco in the US, Sao Paulo and Rio de Janeiro in Brazil, Madrid in Spain, Amsterdam in the Netherlands, London in the UK, Tel Aviv in Israel and Mexico City in Mexico.

Rainbow flags, as a symbol of gay rights and the LGBTQ community's diversity, are commonplace at Pride marches and one such flag flies in our Peace Garden during this month!

Hymn of the Month – Holy Spirit come and fill this place