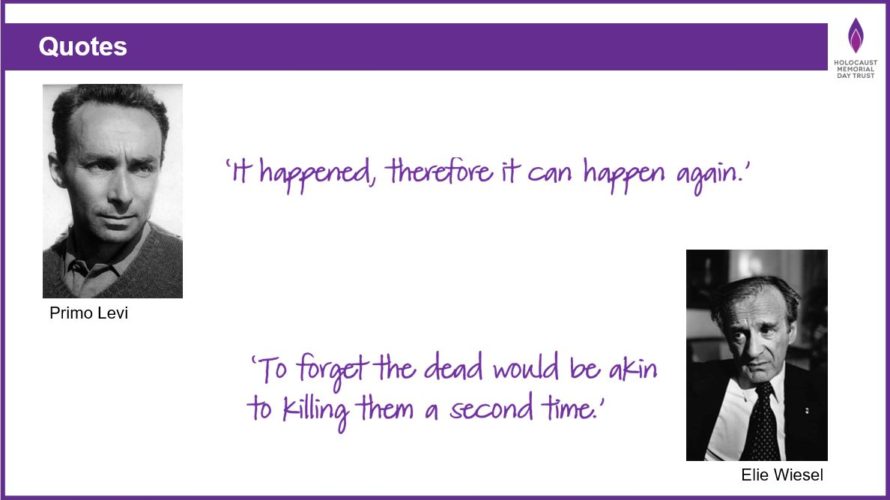 27th January 1945 was the day Allied Forces liberated the Auschwitz-Birkenau Concentration Camp.   Each year we mark this date in memory of those who died in The Holocaust and in the genocides which have happened since.

Below are a set of resources which support this:

Irena Sendler - a remarkable story (3:30) - including a prayer

What is Holocaust Memorial Day (1:27) - a video charting HMD and genocides since The Holocaust.

An animated video of Anne Frank (3:03) - the author of a famous diary.

A multi-faith prayer (1:30) - written collaboratively by the Archbishop of Canterbury, the Chief Rabbi and the Chief Iman,